Genesis 9:6 Whoever sheds the blood of a human, by a human shall that person’s blood be shed; for in his own image God made humankind. (NRSV) When someone treats you badly, a really common reaction is to want to smack them in the mouth – if not physically, then certainly metaphorically. But before you do that, there’s something you need to know.

We all have at least some fond childhood memories. One of mine is from the days of the black and white television, and the cartoon called “Tom and Jerry”.

Tom was the big, stupid cat and Jerry was the mischievous, clever little mouse and yep, you guessed it, the cat was always trying to catch the mouse. But Tom never quite seemed to be able to get him. Jerry always managed to outsmart him and get the better of him.

Of course, that has very little to do with reality. I was reminded of that fact this morning when I looked out into the backyard and saw our family cat playfully throwing a dead mouse up into the air.

When you grow up, you learn the brutal facts of life. Playing cat and mouse takes on a whole new meaning.

All too often we can find ourselves as the cat in that scenario. All too often we go out there as the aggressor. That’s how murder happens. But you don’t have to kill someone to draw blood.

Genesis 9:6 Whoever sheds the blood of a human, by a human shall that person’s blood be shed; for in his own image God made humankind. (NRSV)

Absolutely, some days people are going to annoy us, hurt us, reject us. And you’ve seen it, the “victim” turns into the aggressor and starts the cat and mouse game.

Whoever you feel like attacking, no matter how badly they’ve behaved, no matter how much they’ve hurt you … remember, they’re made in God’s image. Don’t attack them. 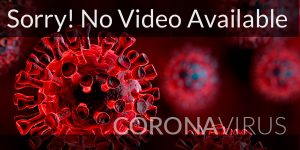