Ecclesiastes 7:5 It is better to be criticised by the wise than praised by the foolish. None of us likes being criticised. In fact, we much prefer to be praised, so we tend to gravitate towards people who pat us on the back, rather than those who tell us what they really think.

I tend to value praise from people who I trust and respect. I’m not the sort of person who needs a lot of praise, but when it comes from the right quarters, for the right reasons, it’s a delight to receive.

On the other hand, when it comes from someone who I don’t respect, who leads a life that doesn’t honour God, who’s the sort of person who’ll always tell you what they think you want to hear, well … that’s flattery, not praise, right? The wise old King Solomon once wrote this:

Ecclesiastes 7:5 It is better to be criticised by the wise than praised by the foolish.

And that brings us to the question of criticism. It hurts sometimes. Often-times, it comes from fools. Seriously … people who always want to find fault, people who want to tear you down, people who are proud, over-entitled and driven by self-interest. Friend, let that sort of criticism wash straight off your back. Don’t allow it into your heart.But sometimes, much less frequently, it comes from someone we respect. That often doesn’t make it any more pleasant, but it’s worth listening to.

It’s better to be criticised by the wise than praised by the foolish. 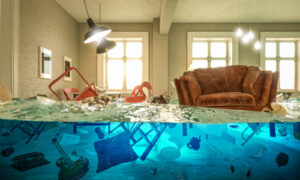 Due to heavy rains that flooded our TV studio, there’s no video for today’s Fresh. Enjoy the audio & text and remember, there’s lots more in the Media Lounge. Thank you for your understanding.